I never know where inspiration will come from, but in general, it is spurred by conversations with people I don't know as well as I thought I did. And for that, I am tremendously grateful.

I have been part of a book club for about four years that is composed of women who look an awful lot like me - upper middle class, white, most of us have children who are teenagers. Most are married (some for the second time), and about half work a traditional job. And yet, the disparate backgrounds and thought processes are interesting enough that we have some pretty deep conversations. I have to say, there have been some tense moments (for me, anyway, who is incapable of staying quiet when I think there is something privileged or provocative or unacknowledged), but they've generally been talked through, and all are sparked by books we've read.

Many of the books are ones I wouldn't have picked up in the first place and I love that, too. There have been a few over the years that I couldn't bring myself to finish (one that I didn't even bother to start), but for the most part, I dive in with curiosity and look forward to the conversations we have. And nearly always, I am left with lots to think about in the ensuing days. Our last meeting was a week ago and I'm still chewing on one small exchange that happened around PTSD and when I think about something for that long, it usually means the only way I can process it is to write about it.

We read The Great Alone by Kristin Hannah which contains themes of domestic violence and PTSD (albeit largely unacknowledged - only alluded to) throughout.  At one point during our discussion, I referenced this post from a few weeks ago in an effort to talk about the way my brain worked to prepare myself for potential catastrophe when I was a kid and one of the other women chimed in, "From who?"

I stopped talking and turned to look at her.

"From who? Who were you afraid of?"

In the moment, I answered truthfully and moved on to make my point, but it is that exchange that has been stuck in a crevice of my brain for nearly a week now and I feel the need to elaborate on my original answer.

Here's what I know about PTSD (in my case - I won't generalize to other people's experiences): it's not rational, and it doesn't limit itself to one trigger. If, as a kid, I was afraid of one particular person, anytime I encountered another person who had similar characteristics, my nervous system went into overdrive and sent me to fight/flight. So while I may have started out worrying about one person harming me, as soon as I went out in to the wider world, I saw potential disaster in all sorts of places that other people wouldn't normally see it. I was, quite literally, prepared to duck and run at any time. I saw danger everywhere for years. This is how PTSD compromised my ability to function in my daily life - by keeping me on a hair trigger whether it made sense to other people or not.

Here's another thing I know about PTSD; repeated exposure to triggers won't give me the sense that I'm safe. This is not like experiments scientists are doing with food allergies where small doses over long periods of time gradually help the immune system become accustomed to ingesting the item and end up being ok with it. Repeated exposure to triggers only made me develop more armor which I spent a lot of time and money with therapists trying to dismantle. The way I overcame most of my PTSD was to have small repeated exposure to safe spaces, to people who didn't violate or harm or scare me. With a lot of effort and mindfulness, I was gradually able to change the narrative in my brain, but it didn't just happen. It took work.

If you love someone who has PTSD, please don't explain to them why they shouldn't be scared or anticipate disaster. Please don't trigger them and later say, "See? I didn't hit you. I just yelled. You were over-reacting." A trigger sets off a biochemical chain reaction that completely obliterates language. By the time I realize you haven't hit me, I've already felt the fear in every corner of my brain and body and it's too late for you to convince me that I shouldn't be scared. I already was. It happened. And that's one more example in my brain of why it's not safe to be around you - whether you hit me or not.

I realize that PTSD is unfathomable to people who don't have it but the more we can try to understand what triggers our loved ones with PTSD, the more we can avoid those incidents that send them in to a frenzy of survival mode behavior. Just because we can't understand someone else's reaction to something doesn't make it unimportant or irrelevant or over-reaction. PTSD starts with one trigger but our brains are so good at generalizing and so worried about keeping us safe that we can expand the list of triggers to include things that others think are nuts. If you love someone with PTSD, the best thing you can do is learn what triggers them and avoid doing those things as you continually remind them that you are safe and loving.

(For the record, I was dismayed that the book we read didn't explore the idea that one of the main characters was clearly struggling with PTSD. There was a missed opportunity there, in my opinion, to make him a much more 3-dimensional character. )
Posted by kario at 7:57 PM 4 comments:

Two things: I don't like the way anger feels in my body but I am discovering how to help it leave, and for me, nature is an integral part of that process. 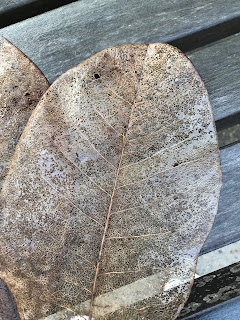 When anger comes it is seductive and as a human being and a storyteller, my wont is to engage my mind and immediately begin to weave words around it and harness its power.

But that red hot ball burrows its way in to me and sometimes hunkers down to stay a while and it sends out tendrils, armies, missionaries. It burns. 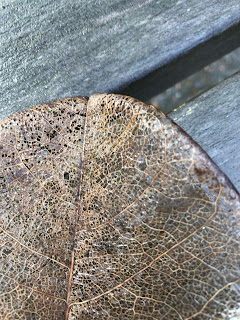 So what I've learned is that anger has to reside in my body sometimes, but I don't have to help it stay any longer. I don't have to soften the space where it hangs out, change the sheets and offer fresh towels. I only have to acknowledge it, nod my head at it, and keep it from connecting with my stories. My stories are meant to heal, to illuminate, to open understanding, and anger sucks the life out of them and makes them hard and mean. Even if it feels powerful and purposeful. That is the seduction.

A wise friend once told me that it's important to help move anger through my body - that movement makes it hard for the hot twist of resentment to stay. And so I walk in nature. I disconnect from my head and ground myself deep in my belly. I run a cord from my sacrum to the earth and I breathe and I move, and gradually I feel lighter. Noticing the trees and moss and meandering streams reminds me that movement and coexistence, community and cooperation, connection and distinction are my sweet spot. I cannot make my priorities anyone else's priorities. I cannot predict or prescribe what will happen when I speak my truth. But I can invite the anger to leave and fill myself up with possibility and light and let the ripples move through me out into the world. 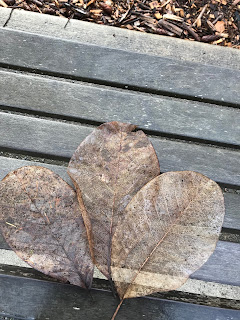